The New Zealand Secondary Schools (NZSS) Netball Champs is one of the most hotly contested annual tournaments on the Netball New Zealand calendar. The event provides an opportunity for the best secondary school teams from the Upper North Island, Lower North Island and South Island to go head-to-head in a battle for the trophy.

Northern Zone are proud to have had five umpires appointed to umpire at New Zealand Secondary Schools tournament held in Timaru from 9th – 12th October. Congratulations to Scott Bailey, Matt Davis, Maru Delamere, Shaz Papesch and Roger Rota on a great tournament. A special congratulations to Shaz for being appointed to reserve the final and to Shaz and Maru for officiating the 3rd/4th playoff with Matt Davis as the reserve. Well done team! 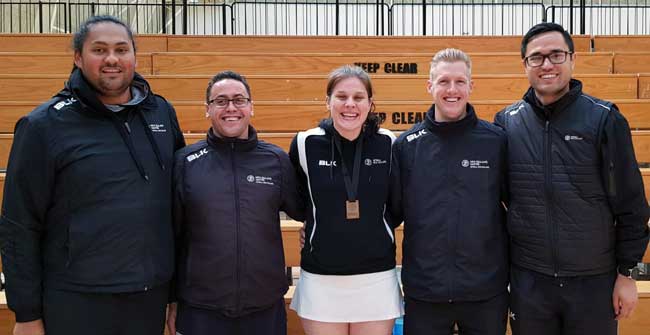