The country’s top netball talent were honoured this week at the annual New Zealand Netball Awards. Due to the Covid-19 outbreaks this year, the awards were featured through an exclusive show on Sky Sport, presented by ANZ.

The Netball Northern Zone and MG Mystics were well represented this year with nine members of our Zone recognised for their contribution to netball and awarded accordingly. 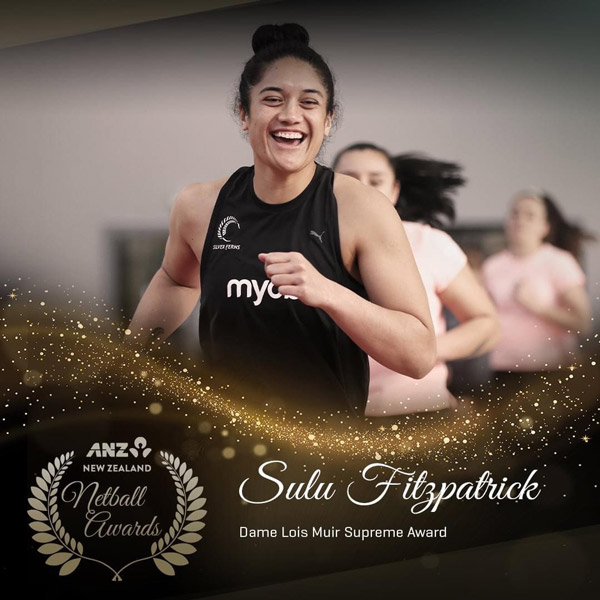 After a stellar year with both the Mystics and Silver Ferns, inspirational defender Sulu Fitzpatrick has taken out the Dame Lois Muir Supreme Award - the highest individual accolade a New Zealand netballer can achieve.
Assuming the captaincy in 2021, Sulu led the Mystics to an historic maiden ANZ Premiership title, claiming the first silverware for an Auckland team since the introduction of franchise netball in 1998. Her contribution was further recognised when she was elevated to Silver Ferns vice-captain later in the year. 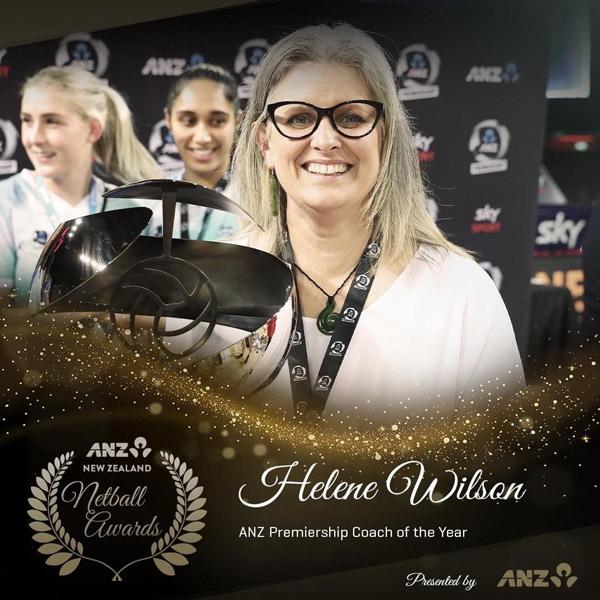 In her fifth season as head coach, Helene Wilson was named ANZ Premiership Coach of the Year after guiding the Mystics to the title for the first time in their 14-year history. 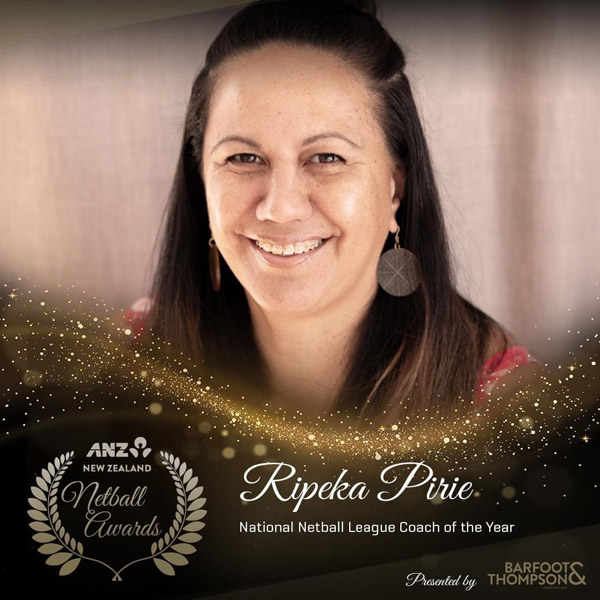 On the back of an impressive season, Ripeka Pirie was awarded National Netball League Coach of the Year. An influential figure as head coach, Pirie guided the Marvels to an historic first title when they took down the previously unbeaten Northern Comets 64-55 in the Grand Final. 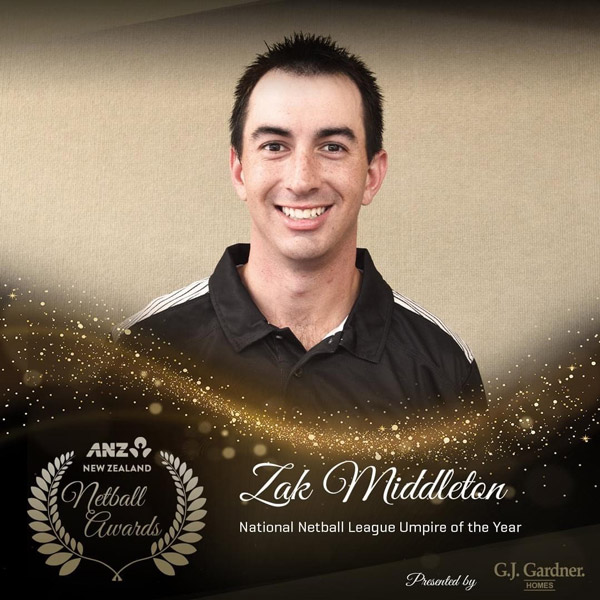 On the back of a strong season which culminated in a debut appointment for the NNL Grand Final, Zak has been awarded the GJ Gardiner Netball League Umpire of the Year. 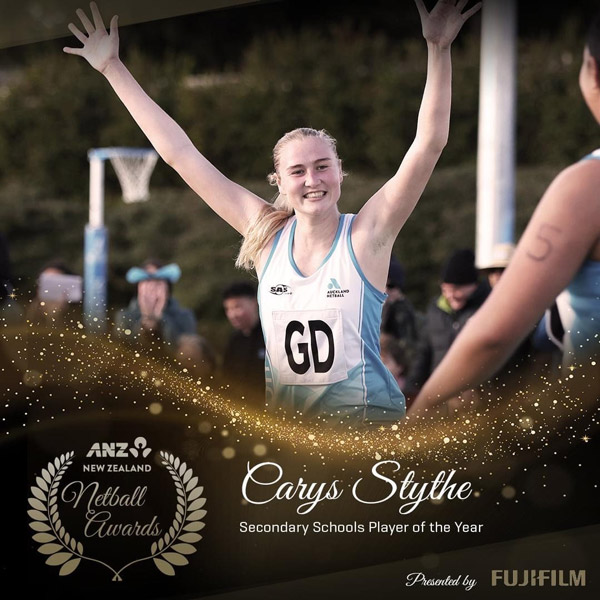 Featuring in all nine NNL matches for the title-winning Marvels,  Carys was also a key player for the Auckland 1 team, who won the inaugural Celebration Box Netball NZ U18 Champs.

2021 CADBURY VOLUNTEER OF THE YEAR AWARDS 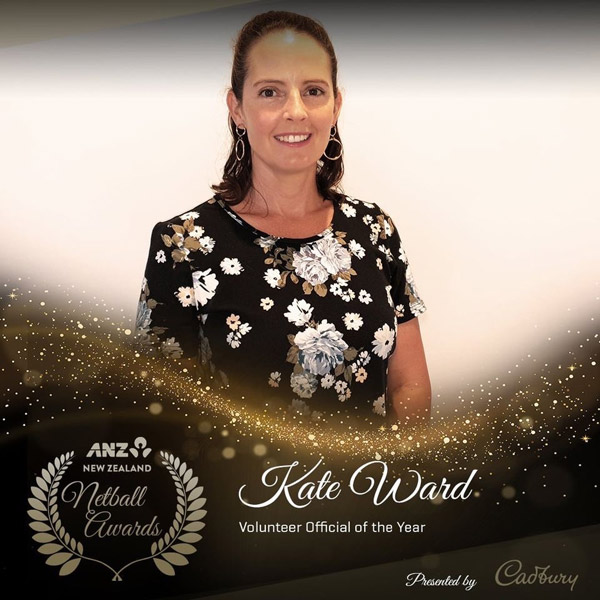 Kate is a member on her local Netball Club Committee in the role of Umpiring Co-ordinator as well as an umpire for Premier and Senior A games and is a volunteer on her Centres Umpire Committee.

Kate is hugely passionate about umpiring and can always be found on the sideline with a whistle in hand.

Kate is committed to her own development as an umpire having progressed to Premier and Senior A level in the last few years, completing her NZ Theory qualification and spending hours working on her fitness. 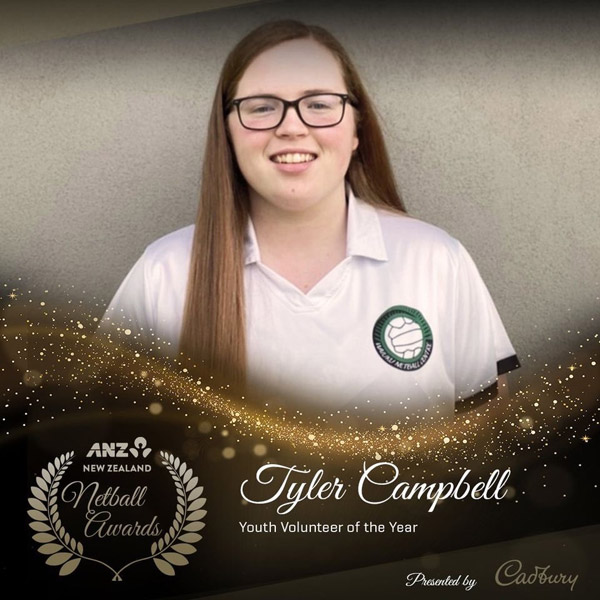 Currently a Year 13 high school student, Tyler volunteers for a number of roles at Waiuku Netball centre.  She is involved in coaching, managing, umpiring, and administration and is the youngest member on the Centres Management Committee. This year she stepped into the role of ANZ futureFERNS Coordinator, embracing the role wholeheartedly.

Tyler umpires at least two games every Saturday as well as umpiring rep and college trials and achieved her Zone qualification. She coached and managed a school team and has started working through her Community Coaching Award 1. 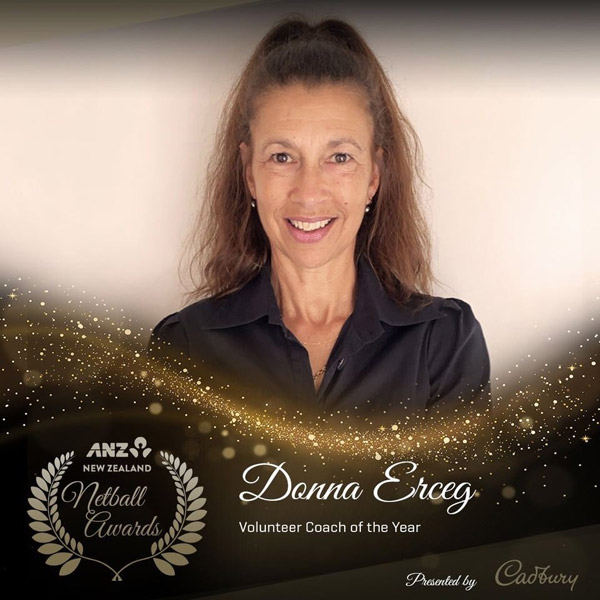 Donna is the coach of a premier netball team as well as a representative coach and a school development coach. Donna has constantly attended coaching workshops and trainings provided by NNZ, Netball Northern Zone and Auckland Netball to up-skill herself.

Alongside her coaching role, she is also a volunteer umpire at every level and spends her off time umpiring various school tournaments, grading matches and all-day Saturday at the courts. Donna is also a facilitator at Auckland netball where she helps manage competition rounds. 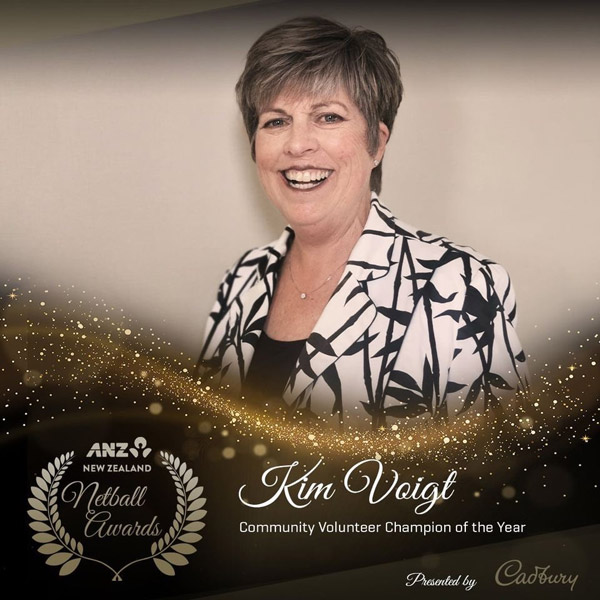 Kim has a huge administration role as centre secretary and spends countless hours behind the scenes ensuring her centre operates efficiently. In addition to her Executive committee role, she is the Volunteer Coordinator for her centre, a role that she established last year and one that she is especially passionate about.

Kim helps co-ordinate the ANZ futureFERNS program providing invaluable support to mentor the new program coordinator, as well as on court coaching of new junior players and their parents/caregivers.

She volunteers as part of the small team that has delivered “Have a Go” netball sessions to over 1100 primary school participants which helped grow her Centres participating numbers, is active on the sponsorship and maintenance subcommittees as well as volunteering her support with her netball club for three teams as Treasurer and core sideline supporter.